Six Flags over Texas, The First Fifty Years – A Pictorial History, traces the history of the Texas park from its conception and construction to its Fiftieth Anniversary. Featured all each of the major attractions which have come and gone over the years.

Opening in 1961 in Arlington, Texas, Six Flags over Texas, was themed on the flags of the six sovereign nations which have flown over the area that is now Texas. A small park, with fourteen rides, the park changed and evolved with each season. Now it is a major park with over forty rides, many designed specifically for younger guests, and several theaters and show venues.

Covered are the original park and rides, such as the Conquistador Burro Ride, LaSalle’s River Adventure and the Butterfield Stagecoach ride. The story continues up through the New Texas Giant, built in connection with the park’s fiftieth anniverary.

The author, an local attorney and former Six Flags’ ride operator, presents over 200 images, including concept drawings, early postcards, public relations photographs, historical photographs, and artifacts representative of the history of the park. These images cover the first fifty years of the park’s history and development. In addition, there is nearly 290 pages of text. Many of the shots were taken personally by the author over the last thirty years.

Hardback versions and versions with color prints will follow.

Bookmark this page, links will be posted here. 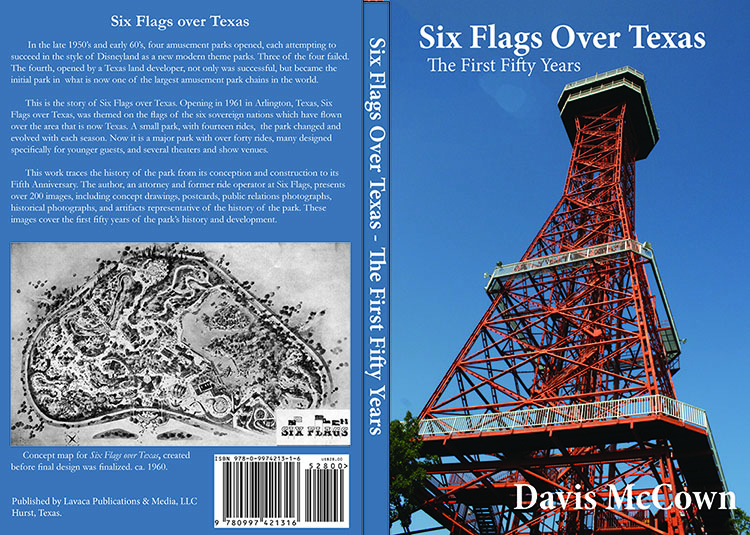 News and Events from Lavaca Publications